Consuegra
24”X36” on canvas
$275
This would end up being the final photograph that I would take of the windmills on this day. Seeing the windmills at all had been an experience, but this final image is something special to me. Despite the number of places I have been in Spain, starting more than thirty years ago, for some reason this scene, more than any other, truly feels like a foreign land. There is nothing in this photograph, other than the landscape of La Mancha and the distinctly Spanish molino to pull you from the scene. There were no cars, no artificial light, tourists in baseball hats, or  McDonald’s. Simply the darkening blue of the sky and pastel clouds, saying goodnight to Spain.
See more photos from near this location (opens in new window)
Back to Home 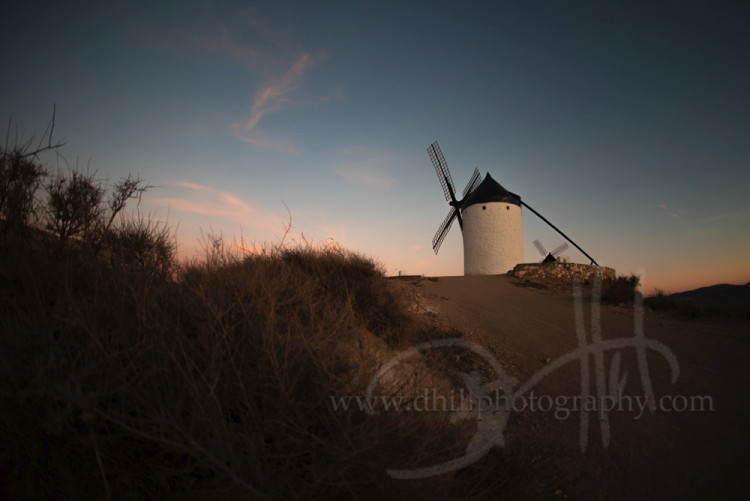