Madrid
24”X36” on canvas
$275
Madrid is a city of millions, and they all need to get around. Cars, buses, Metro, trains, taxis, motorcycles, and bikes are all used by the population. In addition to its labyrinthine streets, the city uses a series of tunnels to bypass congested areas, including this one which passes under Plaza Mayor. I was again without my tripod, so was doing the fine balancing act between capturing movement and keeping the image sharp. My intent was to have a car pass beneath me, but when the bicycle appeared, it was too good an opportunity to pass up, as the rider appears to float above the black pavement as she descends below the city.
See more photos from near this location (opens in new window)
Back to Home 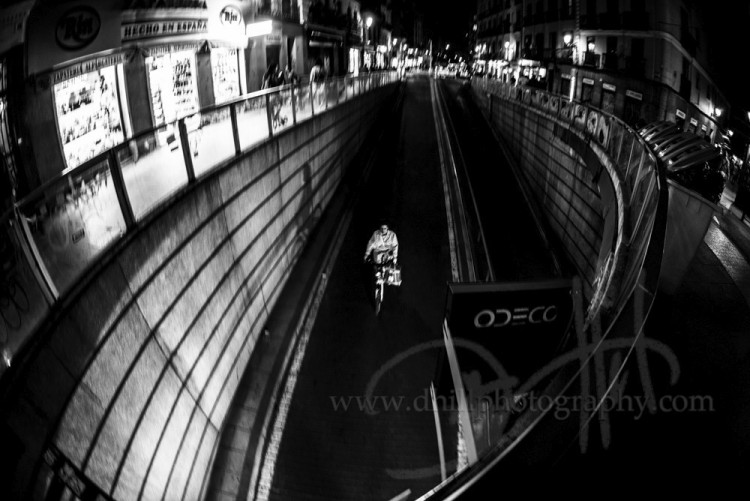